On Saturday, we picked up a new foster pup named Lucky Boy. Surrendered at MDAS with 6 other brothers and sisters, this little guy’s name used to be White Boy. I think Lucky is more fitting. He’s a Terrier Mix (definitely some Chihuahua in there) who is absolutely precious. Living in a pack setting, probably outside, with owners who weren’t very nice to him has made him a bit timid but he’s got a great little personality despite his battle scars. 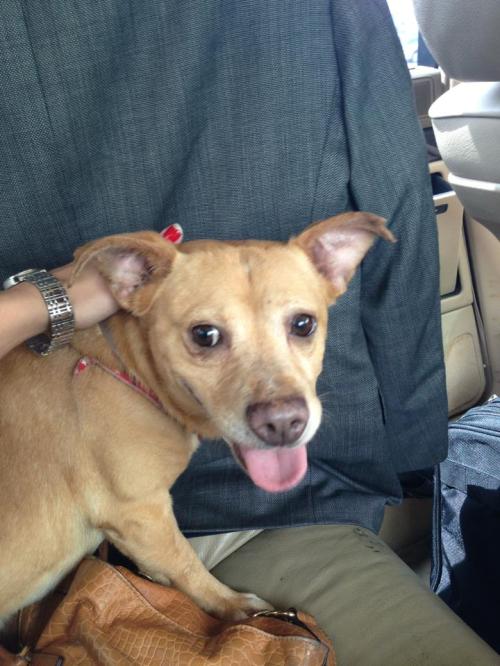 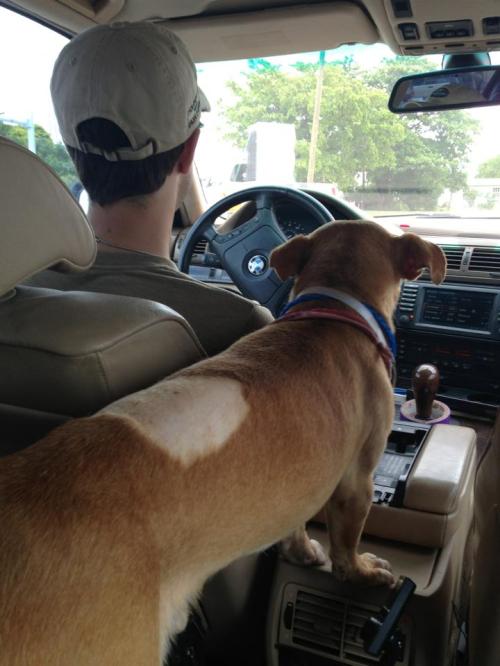 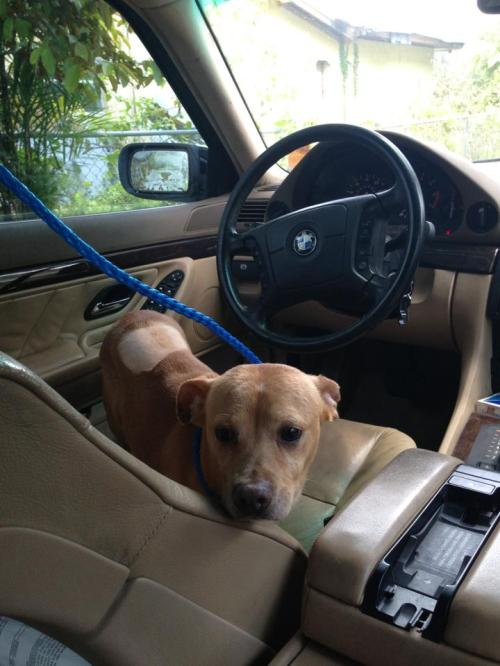 He’s heartworm positive, as were half of his brothers and sisters, so he’s staying with us until he recovers. From here, he will go on MDOTM transport to a no-kill rescue group and find his forever home. Also, all of his siblings are coming too! MDOTM saved the entire family of pups just before they were to be euthanized at the shelter. Now all will have a chance at life with families who love and care for them. One of Lucky’s siblings (also HW+) is being fostered by my best friend, who has recently become very involved in the fostering program yay!.

His little ear tip was ripped off, most likely in a previous dog fight.

Exhausted after helping us plan our veggie garden! 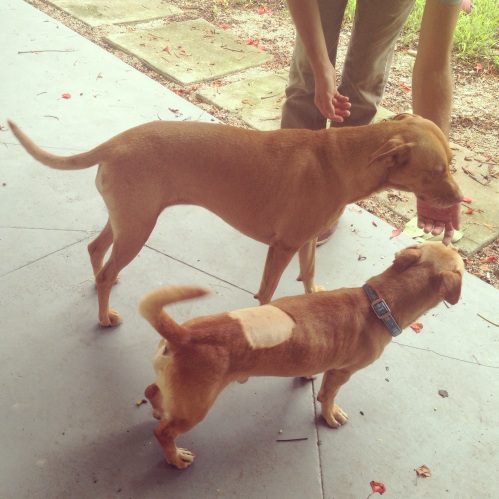 Now the awful news. I lost our last foster dog, Sasha. It has been completely devastating. She was terrified when we took her home and had just been spayed that morning. She was frozen in the car when we got home and didn’t want to get out, so I softly coaxed her to me and picked her up (it’s always a little awkward trying to avoid touching the belly/surgical area). When I was putting her down, she started biting my hand and arm and I dropped the leash from initial shock. She took one look at me and bolted down the street, terror in her eyes. I’ve seen the same look before from Scarlett when we first rescued her…it is completely devastating to see what some people do to terrorize these dogs. Anyway after a wild chase through the neighborhood, across a 4-lane road and into a park, we lost sight of her. After looking for 2 (almost) straight weeks, we didn’t find her. Our reward posters yielded nothing. They still haven’t. She hasn’t turn up at any area vets. Animal Control hasn’t found her. We are just devastated for her. I’ve never lost a dog  and though I hoped it would never happen, my thoughts are confirmed: it’s the most desperate, hopeless feeling thinking of her out there alone. We keep looking, repapering the neighborhood and hoping we find her, cared for and safe. If we do, she will go to a foster home, work on her fear issues and then go on transport, like Lucky Boy. Having Lucky around doesn’t replace Sasha but it is helping to distract me a little bit. They are both such sweet pups who deserve safe, forever homes.

I really hope we find Sasha, too!

We appreciate your comments, woofs and meows! Cancel reply